Recommend title
Other formats
Book
Available: 1
Total number of loans: 1
Loans this year: 0
Number of reservations: 0
Branch availability
Description:
What would the world look like if America were to reduce its role as a global leader in order to focus all its energies on solving its problems at home? And is America really in decline? The author paints a vivid, alarming picture of what the world might look like if the United States were truly to let its influence wane. From war among rising nations, the retreat of democracy, and the rise of authoritarian China to the weakening of the global free-market economy, he ties the possibility of the US committing "preemptive superpower suicide" to the historical breakdown of the Roman Empire and the collapse of the European order in World War I.
Introduction -- Meet George Bailey : what is American about the American world order? -- The world America made -- What comes next? -- So is the United States in decline? -- It's a wonderful world order. 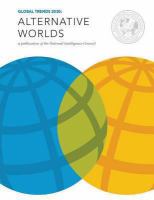 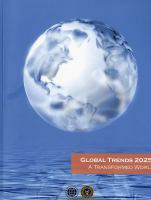 Global trends 2015 : a dialogue about the future with nongovernment experts
916139

A world in disarray : American foreign policy and the crisis of the old order
Author: Haass, Richard

The return of history and the end of dreams
Author: Kagan, Robert
1141281

Of paradise and power : America and Europe in the new world order
Author: Kagan, Robert
1174876

The jungle grows back : America and our imperiled world
Author: Kagan, Robert