Back to list
1185396
Book The Third Reich : a history of Nazi Germany / Thomas Childers.

Recommend title
Available: 1
Total number of loans: 0
Loans this year: 0
Number of reservations: 0
Branch availability
Description:
"The dramatic story of the Third Reich--how Adolf Hitler and a core group of Nazis rose to power and plunged the world into a horrific war, perpetrating the genocidal Holocaust while sacrificing the lives of millions of ordinary Germans. In The Third Reich, Thomas Childers shows how the young Hitler became passionately political and anti-Semitic as he lived on the margins of society. Fueled by outrage at the punitive terms of the Versailles Treaty that ended the Great War, he found his voice and drew a following. As his views developed, Hitler attracted like-minded colleagues who formed the nucleus of the nascent Nazi party. The failed Munich putsch of 1923 and subsequent trial gave Hitler a platform for his views, which he skillfully exploited. Between 1924 and 1929 Hitler and his party languished in obscurity on the radical fringes of German politics, but the onset of the Great Depression provided Hitler with the issues he needed to move into the mainstream of German political life. He seized the opportunity to blame Germany's misery on the victorious allies, the Marxists, the Jews, and big business--and the political parties that represented them. By 1932 the Nazis had become the largest political party in Germany. Although Hitler became chancellor in 1933, his party had never achieved a majority in free elections. Within six months the Nazis transformed a dysfunctional democracy into a totalitarian state and began the inexorable march to World War II and the Holocaust. It is these fraught times that Childers brings to life: the Nazis' rise to power and their use and abuse of power once they achieved it. Based in part on German documents seldom used by previous historians, The Third Reich charts the dramatic, improbable rise of the Nazis; the suffering of ordinary Germans under Nazi rule; and the horrors of World War II and the Holocaust."--Provided by publisher.
The German party system -- Glossary of German terms -- The serpent's egg -- Hitler and the chaos of postwar Germany -- On the fringe, 1925-28 -- Into the mainstream -- Making Germany great again -- The Nazis hit a wall -- The impossible happens -- Seizing power -- Consolidation of power -- The people's community -- A racial revolution -- Courting disaster -- Early success -- Hitler turns west -- The crusade against Judeo-Bolshevism -- Holocaust and total war -- Apocalypse. 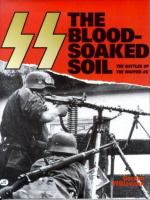