Recommend title
Available: 1
Total number of loans: 0
Loans this year: 0
Number of reservations: 0
Branch availability
Description:
"The first book in a new three-volume history of the Asia-Pacific War. In 1937 the swath of the globe from India to Japan contained half the world's population, but only two nations with real sovereignty (Japan and Thailand) and two with compromised sovereignty (China and Mongolia). All other peoples in the region endured under some form of colonialism. Today the region contains nineteen major, fully sovereign nations. Tower of Skulls is the first work in any language to present a unified account of the course and titanic impact of this part of the global war, which began the torturous route to twenty-first-century Asia. Covering with extraordinary detail campaigns in China, Singapore, the Philippines, and Burma, as well as the attack on Pearl Harbor, it expands beyond military elements to highlight the critical political, economic, and social reverberations of the struggle. Finally, it provides a graphic depiction of the often forgotten but truly horrific death toll in the Asia-Pacific region-over 20 million-which continues to shape international relations today"--Provided by publisher.
Prologue. The Marco Polo bridge -- "China cannot be lost" -- "The bombs and the bullets and the bayonets of the Japanese are ruthless" -- "Water as a substitute for soldiers!" -- "The greatest migration of people in all history" -- "A despicable urge to live!" -- "Japan's prince of self-destruction" -- "One hundred evils and not a single good" -- "Leaping off the veranda" -- "Our anxiety is about China" -- "This dispatch is to be considered a war warning" -- "Air raid, Pearl Harbor, this is not a drill" -- "Issue in doubt" -- "It was like being lost in fog" -- "We are depending for our lives on kindly but slow-witted infants in arms" -- "Men would follow them, suffer, and be glad about it" -- "Only war proves what is correct and what is wrong" -- "Abandoned my 100,000 soldiers in foreign jungles" -- "We are not barbarians". 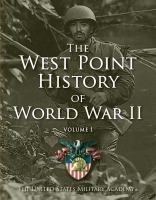 Fighting hearts : Ernie's latest front-line stories of our boys and the way they live and fight, selected from Brave men and "Here is your war", and illustrated with actual fighting-front photos
Author: Pyle, Ernie 1900-1945.
931444

The Pocket history of the Second World War
931180

An indication of sources of information concerning captured enemy records in the Mediterranean Theater of Operations
Author: Munden, Kenneth W

Downfall : the end of the Imperial Japanese empire
Author: Frank, Richard B
1002989