Recommend title
Description:
In "Awkward Embrace," Phillip Swagel applies his experience at the Treasury Department to show why America's economic relationship with China has been a beneficial one and details what needs to happen for this trend to continue. Daniel Blumenthal, a former official specializing in Asia at the Department of Defense, is far less optimistic when examining the military, diplomatic, and security ties the United States has or lacks with China. China's overall view of the West, and especially of America, is one of hostility and suspicion. Furthermore, China has engaged in military, diplomatic, and human rights actions that are objectionable to the United States, which seeks to encourage the establishment of responsible government worldwide. The tension here is real: how can the United States manage this relationship in a way that keeps its economic engagement with China on a steady course but likewise protects its national security interests? Blumenthal and Swagel offer three possible paths for the U.S.-China relationship. In all of them, they strive to demonstrate how internal forces are shaping China's interactions with other nations, and, furthermore, how U.S. leaders can attempt to attain a world order that includes a strong China that contributes positively, while nonetheless preparing for the worst-case-scenario of China engaging in more assertive and destabilizing behavior.
Introduction -- 1. China's rise to rivalry / Dan Blumenthal. Why China's rise matters : U.S. interests in the Asia-Pacific -- What is a rival in the twenty-first century? What is a responsible great power? -- Why China behaves as a strategic rival : the domestic sources of rival behavior -- Conclusion -- 2. The U.S.-China relationship : a security analyst's assessment / Dan Blumenthal. The military indicators of rival behavior -- The political indicators of rival behavior -- Conclusion -- 3. The U.S.-China relationship : an economist's assessment / Phillip Swagel. Broad U.S. economic interests with China -- Responsible versus irresponsible Chinese behavior -- Near-term shared interests, long-term rivalry? -- Conclusion -- 4. Potential long-term outcomes : three scenarios for China's future / Dan Blumenthal and Phillip Swagel. Scenario 1 : optimistic -- Scenario 2 : somewhat pessimistic -- Scenario 3 : very pessimistic -- Conclusion -- 5. Dealing with China in the future / Dan Blumenthal and Phillip Swagel. The task for U.S. policy.

China and ourselves : explorations and revisions by a new generation
1044614

China, nuclear weapons, and arms control : a preliminary assessment : chairmen's report of a roundtable jointly sponsored by the Council on Foreign Relations, the National Defense University, and the Institute for Defense Analyses
Author: Manning, Robert A
1048524

China looks at the West : identity, global ambitions, and the future of Sino-American relations
Author: Ford, Christopher A 1967-
927828

Should the U.S. change its China policy?
Author: Seligman, Eustace
1124523

Building for the future : China's progress in space technology during the tenth 5-year plan and the U.S. response
Author: Pollpeter, Kevin
1193532 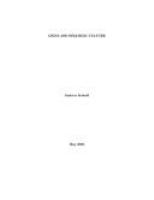