Recommend title
Description:
The top-secret world that the government created in response to the 9/11 terrorist attacks has become so enormous, so unwieldy, and so secretive that no one knows how much money it costs, how many people it employs or exactly how many agencies duplicate work being done elsewhere. The result is that the system put in place to keep the United States safe may be putting us in greater danger. In Top Secret America, investigative reporters Dana Priest and William Arkin uncover the enormous size, shape, mission, and consequences of this invisible universe of over 1,200 government facilities in every state in America; nearly 2,000 outside companies used as contractors; and more than 850,000 people granted "Top Secret" security clearances. This book is a landmark exposé of a new, secret "Fourth Branch" of American government.
Introduction: A perpetual state of yellow -- Top secret America -- All you need to know -- So help me God -- An alternative geography -- Supersize.gov -- One nation, one map -- "Report suspicious activity" -- 007s -- The business card -- Managing the battlefield from a suburban sanctuary -- Dark matter -- Conclusion: Beyond the fear of 9/11.

The markets for force : privatization of security across world regions
916425

The prospects for security sector reform in Tunisia : a year after the revolution
Author: Hanlon, Querine 1969-
1117851

The Israeli secret services and the struggle against terrorism
Author: Pedahzur, Ami
1109517

Journalism in an age of terror : covering and uncovering the secret state
Author: Lloyd, John 1946-
990766

One nation under contract : the outsourcing of American power and the future of foreign policy
Author: Stanger, Allison
1113134

The privatisation of security in Africa
914727 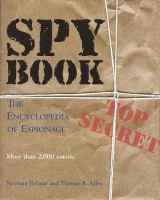