Recommend title
Description:
The Shadow World is the behind-the-scenes tale of the global arms trade, revealing the deadly collusion that too often exists among senior politicians, weapons manufacturers, felonious arms dealers, and the military - a situation that compromises our security and undermines our democracy. Andrew Feinstein reveals the corruption and the cover-ups behind a range of weapons deals, from the largest in history, between the British and Saudi governments, to the guns-for-diamonds deals in Africa and the imminent $60 billion U.S. weapons contract with Saudi Arabia. He exposes in detail both the formal government-to-government trade in arms and the shadow world of illicit weapons dealing, and lays bare the frequent links between the two. Drawing on his experience as a member of the African National Congress who resigned when the ANC refused to launch a corruption investigation into a major South African arms deal, Feinstein illuminates the impact this network has not only on conflicts around the world but also on the democratic institutions of the United States and United Kingdom. Based on path breaking reporting and unprecedented access to top-secret information and major players in this clandestine realm, The Shadow World places us in midst of arms trade's dramatic wheeling and dealing, from corporate boardrooms to seedy out-of-the-way hotels, and reveals the profound danger and enormous financial cost this network represents.
Prologue -- Introduction -- Section I : The second-oldest profession. Sins of commission -- The Nazi connection -- Section II : Nice work if you can get it. The Saudi connection -- In defense of humanity -- The ultimate deal or the ultimate crime? -- Diamonds and arms -- Buckling to Bandar -- And justice for none? -- Section III : Business as usual. Things fall apart : with help from BAE -- After the Wall : capitalism, BAE-style -- The ultimate cop-out -- Section IV : The arms superpower. Legal bribery -- In the name of Uncle Sam -- Taking the mickey, the toilet seat, and the hammer ... in a galaxy far, far away -- Illegal bribery -- Beyond Utopia, hope? -- America's shop window -- Making a killing : Iraq and Afghanistan -- Section V : The killing fields. Cry, the beloved continent -- Section VI : End game. Bringing peace to the world -- Future imperfect. 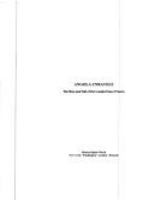 Angola unravels : the rise and fall of the Lusaka peace process.
1032236

Small arms, crime and conflict : global governance and the threat of armed violence
1044358

Chasing the dragon : into the heart of the Golden Triangle
Author: Cox, Christopher R
1066977

Arms transfers to the third world : the military buildup in less industrial countries
1104429

International conventions relating to the traffic in arms and ammunition in Africa
Sign in
Forgot your PIN code?