Recommend title
Description:
"This book uses newly discovered materials to offer a more modern analysis of the units and uniforms of a still-controversial army: the many thousands of American colonists who chose to fight for King George during the Revolution. As well as the better-known corps from the Atlantic seaboard, the author covers the units raised for service against the Spanish in the Floridas, the Caribbean islands and Central America"--P. [4] of cover.
Loyalists participation in major actions -- Unit histories -- Loyal volunteer militias -- Aftermath.

The French Army in the American War of Independence
Author: Chartrand, René
951701

Uniforms and equipment of the United States forces in the War of 1812
Author: Chartrand, René
948451 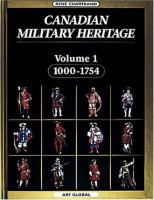 The Canadian Corps in World War I
Author: Chartrand, René
1094469

"A most warlike appearance" : uniforms, flags and equipment of the United States forces in the War of 1812
Author: Chartrand, René
1157273

The Portuguese Army of the Napoleonic Wars
Author: Chartrand, René
1158776

Historical view of the Commission for Enquiring into the Losses, Services, and Claims of the American Loyalists, at the close of the war between Great Britain and her colonies in 1783
Author: Eardley-Wilmot, John 1750-1815.
1083684

Canada and the American revolution : the disruption of the first British empire
Author: Wrong, George McKinnon 1860-1948.
927930

Simcoe's military journal : a history of the operations of a partisan corps, called the Queen's Rangers, commanded by Lieut. Col. J.G. Simcoe, during the war of the American revolution ... now first published, with a memoir of the author and other additions.
Author: Simcoe, John Graves 1752-1806.
1067053

The claim of the American loyalists, reviewed and maintained upon incontrovertible principles of law and justice
Author: Galloway, Joseph 1731-1803.
928052

Allegiance in America: the case of the Loyalists
Author: Evans, Geraint Nantglyn Davies 1935-
946381

An address delivered before the Historical Society of New Brunswick : in the city of St. John, Dominion of Canada, 4th July, 1883
Author: De Peyster, J. Watts 1821-1907.
Sign in
Forgot your PIN code?