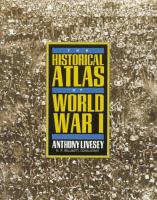 The historical atlas of World War I
Author: Livesey, Anthony

The victory of the ancients : tactics, technology, and the use of classical precedent
Author: Scott, Melissa
981473

Principles of war : the American genesis. The doctrine of war : its relation to theory and principles.
1104694 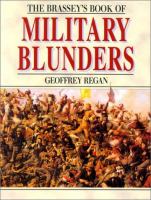 Great military disasters : a history of incompetence on the battlefield
Author: Regan, Geoffrey
Sign in
Forgot your PIN code?