Recommend title
Description:
"In the summer of 1914, as Europe teetered on the brink of war, the spectre of immediate Zeppelin raids on London and other major British towns and cities loomed large. When Winston Churchill accepted responsibility for the defence of London, he realised that Zeppelins were most vulnerable when on the ground. Despite limited resources, he believed that attack was the best form of defence. In the final four months of 1914, the Royal Naval Air Service launched four separate air attacks on Zeppelin bases in Germany: Düsseldorf/Cologne twice, Friedrichshafen and Cuxhaven. Author Ian Castle presents the full story of Britain's first strategic bombing campaign and the results it achieved"--P. [4] of cover.
The Düsselfdorf and Cologne raids -- The Friedrichshafen raid -- The Cuxhaven raid.

Austerlitz : Napoleon and the eagles of Europe
Author: Castle, Ian
1184360

The origins of strategic bombing : a study of the development of British air strategic thought and practice up to 1918
Author: Jones, Neville
982003 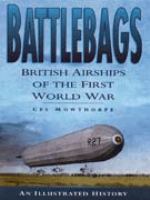 Zeppelin! : a battle for air supremacy in World War I
Author: Rimell, Ray
972641

The great delusion : a study of aircraft in peace and war
Author: Acworth, Marion Whiteford
953576

Living through the Blitz
Author: Harrisson, Tom 1911-1976.
Sign in
Forgot your PIN code?