Recommend title
Description:
"The story of the British army in the twentieth century has never before been told or analysed in a single volume. Michael Carver's authoritative and readable book begins in an era in which the virtues of the lance and sabre were still being advocated in competition with the new-fangled rifle. It ends in an era in which a lance corporal in Bosnia was fixing his position by satellite, and troops in the Gulf were being trained in how to deal with biological and chemical warfare. Between these two eras were the transforming experiences of two world wars, of new tactics and above all the continuing impact of new technology"--Dust jacket.
From the Boer War to the Great War, 1900-1914 -- The Great War, 1914-1918 -- Between the wars, 1919-1939 -- The hard road to Alamein, 1939-1942 -- From low ebb to high tide, 1942-1945 -- Beating retreat, 1945-1960 -- The wind of change, 1960-1997. 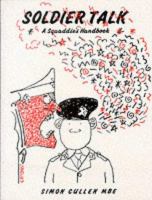 Military antiquities respecting a history of the English Army from the conquest to the present time
Author: Grose, Francis 1731?-1791.
1035332

Military antiquities respecting a history of the English Army from the conquest to the present time
Author: Grose, Francis 1731?-1791.
1040950

ABC of the army : an illustrated guide to military knowledge for those who seek a general acquaintance with elementary matters pertaining to the British Army
Author: Atkinson, J
1039517

Classified list and alphabetical index of Army forms and books : including alterations notified in Army orders of October, 1908, and in suppressions of Classified list and index in March, 1904.
Author: Great Britain. War Office.
979211

Extracts from report submitted to the Honourable the Minister of State for Defence, in connexion with tour of duty in the United Kingdom and the United States of America, 1908-1909
Author: Hoad, J. C 1856-1911.
955817

Notes for commanding officers : issued to students at the senior officers' school, Aldershot, 1918.
967827

The training of the volunteers for war
Author: Casserly, Gordon
945718

Instructions for the training of the British armies in France
1090082