War : reproduced with amendments from the article in the last editions of the "Encyclopaedia Britannica", to which is added an essay on military literature and a list of books with brief comments
Author: Maurice, John Frederick Sir, 1841-1912.
1195374 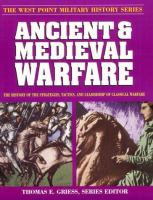 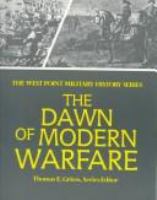 The dawn of modern warfare
Sign in
Forgot your PIN code?