Skip to Content
Sign In
Advanced search
2870
Go to first page   Go to previous page   16 17 18 19 20 Go to next page   Go to last page
Back to list
916613
Book The United States and Colombia : the journey from ambiguity to strategic clarity / Gabriel Marcella.

Recommend title
Description:
This monograph is part of a special series, published jointly by the North-South Center of the University of Miami and the Strategic Studies Institute of the U.S. Army War College. It focuses on the regional security environment of Latin America. American strategy towards Colombia has shifted from a counternarcotics focus to more comprehensive support for that nation's security. This shift recognizes that Colombia's problems are deeply rooted and go beyond illegal narcotics. In the last year the Bush administration committed the United States to help Colombia defend democracy and to defeat the illegal armed groups of the left and right, doing so by promising to help that nation extend effective sovereignty over national territory and provide basic security to the people. The author identifies the strategic challenge of Colombia within the framework of the weak state and ungoverned space, made more complicated by the violence and corruption generated by the international organized criminals sustained by illegal drugs. He argues that the lessons learned in dealing with the security challenges that Colombia faces will have powerful consequences for the adaptation of American strategy to the conflict paradigm of the 21st century.
Introduction -- Why Colombia matters -- Colombia's uniqueness -- Anatomy of a weak state -- Weak military -- Weak, dysfunctional judicial system -- Lack of state presence and control -- Weak tax collection system -- The nature of the conflict -- The massacre at Bojaya -- Fernandinho and perverse globalization -- White Horse and parallel power -- The collar bomb -- Operation ORION : retaking Comuna Trece in Medellin -- The emergence of the strategic relationship : United States and Colombia -- The price of strategic clarity and the end of the peace process -- Evaluating Plan Colombia -- The southern campaign : temporary or permanent success? -- U.S. strategy : from the ambiguity of counternarcotics to the legitimate state authority and human rights -- Synchronizing strategy : the United States and Colombia and the Uribe difference -- Recommendations.

The Malvinas/Falklands conflict of 1982 : policy lessons for the United States and Latin America
Author: Marcella, Gabriel
916520

Democratic governance and the rule of law : lessons from Colombia
Author: Marcella, Gabriel
916417

War without borders : the Colombia-Ecuador crisis of 2008
Author: Marcella, Gabriel
933429

War and peace in the Amazon : strategic implications for the United States and Latin America of the 1995 Ecuador-Peru war
Author: Marcella, Gabriel
1016735

U.S. security policy in the western hemisphere : why Colombia, why now, and what is to be done?
Author: Manwaring, Max G
1165481 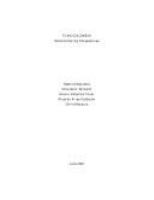 Toward greater peace and security in Colombia : forging a constructive U.S. policy : report of an independent task force sponsored by the Council on Foreign Relations and the Inter-American Dialogue
1152866

The heart of the war in Colombia
Author: Ardila Galvis, Constanza
1025584

Law in a lawless land : diary of a limpieza in Colombia
Author: Taussig, Michael T
967833

Breaking the grip? : obstacles to justice for paramilitary mafias in Colombia.
1026446