Recommend title
Description:
"This publication begins with an examination of [WWII] prewar planning for various contingencies, then moves to the origins of 'Germany first' in American war planning. The authors then focus on the concept, favored by both George C. Marshall and Dwight D. Eisenhower, that the United States and its Allies had to conduct a cross-channel attack and undertake an offensive aimed at the heartland of Germany. Following this background provided in these initial chapters, the remainder of the book provides a comprehensive discussion outlining how the European Campaign was carried out. The authors ... conclude that American political leaders and war planners established logical and achievable objectives for the nation's military forces. Conversely, in the campaign's execution, American military leaders were slow to put into practice what would later be called operational level warfare. For comparison ... an appendix is included that covers German efforts at war planning in the tumultuous 1920s and 1930s"--P. viii.
The European campaign : origins -- Was Europe first? -- 1943 : frustrations and successes -- D-Day : planning and execution -- Toward the German border : Operations COBRA, the Falaise pocket, and Operation ANVIL-- Operation MARKET GARDEN -- The Hürtgen campaign -- The Ardennes offensive -- The Ruhr or Berlin -- Conclusions and observations.

Victories are not enough : limitations of the German way of war
Author: Newland, Samuel J
1034224

A time for remembrance and recognition
Author: Newland, Samuel J
1145881 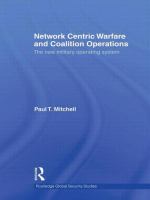