Recommend title
Description:
"In a panoramic and pioneering reappraisal, Pieter Judson shows why the Habsburg Empire mattered so much, for so long, to millions of Central Europeans. Across divides of language, religion, region, and history, ordinary women and men felt a common attachment to |their empire,| while bureaucrats, soldiers, politicians, and academics devised inventive solutions to the challenges of governing Europe|s second largest state. In the decades before and after its dissolution, some observers belittled the Habsburg Empire as a dysfunctional patchwork of hostile ethnic groups and an anachronistic imperial relic. Judson examines their motives and explains just how wrong these rearguard critics were. Rejecting fragmented histories of nations in the making, this bold revision surveys the shared institutions that bridged difference and distance to bring stability and meaning to the far-flung empire. By supporting new schools, law courts, and railroads, along with scientific and artistic advances, the Habsburg monarchs sought to anchor their authority in the cultures and economies of Central Europe. A rising standard of living throughout the empire deepened the legitimacy of Habsburg rule, as citizens learned to use the empire|s administrative machinery to their local advantage. Nationalists developed distinctive ideas about cultural difference in the context of imperial institutions, yet all of them claimed the Habsburg state as their empire. The empire|s creative solutions to governing its many lands and peoples -- as well as the intractable problems it could not solve -- left an enduring imprint on its successor states in Central Europe. Its lessons remain no less important today"--Publisher description.
The accidental empire -- Servants and citizens, empire and fatherland, 1780-1815 -- An empire of contradictions, 1815-1848 -- Whose empire? The revolutions of 1848-1849 -- Mid-century modern : the emergence of a liberal empire -- Culture wars and wars for culture -- Everyday empire, our empire, 1880-1914 -- War and radical state-building, 1914-1925.

The Habsburg empire in World War I : essays on the intellectual, military, political and economic aspects of the Habsburg war effort
1049679

A mad catastrophe : the outbreak of World War I and the collapse of the Habsburg Empire
Author: Wawro, Geoffrey
950038 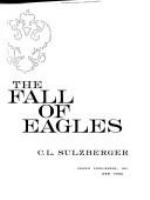 Fall of the Double Eagle : the battle for Galicia and the demise of Austria-Hungary
Author: Schindler, John R
1109407

The Military Riding School of Vienna
Sign in
Forgot your PIN code?