Recommend title
Description:
"An estimated twenty million Muslims now reside in Europe, mostly as a result of large-scale postwar immigration. In The Muslim Question in Europe, Peter O'Brien challenges the popular notion that the hostilities concerning immigration which continues to provoke debates about citizenship, headscarves, secularism, and terrorism are a clash between Islam and the West. Rather, he explains, the vehement controversies surrounding European Muslims are better understood as persistent, unresolved intra-European tensions. O'Brien contends that the best way to understand the politics of state accommodation of European Muslims is through the lens of three competing political ideologies: liberalism, nationalism, and postmodernism. These three broadly understood philosophical traditions represent the most influential normative forces in the politics of immigration in Europe today. He concludes that Muslim Europeans do not represent a monolithic anti-Western bloc within Europe. Although they vehemently disagree among themselves, it is along the same basic liberal, nationalist, and postmodern contours as non-Muslim Europeans"--Publisher's web site.
Introduction : clashes within civilization -- Kulturkampf -- Citizenship -- Veil -- Secularism -- Terrorism -- Conclusion : messy politics.

Guests of God : pilgrimage and politics in the Islamic world
Author: Bianchi, Robert 1945-
997357

Encountering Islam : the politics of religious identities in Southeast Asia
992548

Islamophobia : the challenge of pluralism in the 21st century
1051104

Tensions and transitions in the Muslim world
Author: Safi, Luayy
1149396 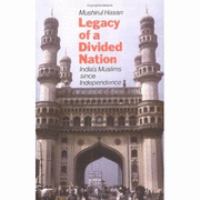 Islam in Russia : the politics of identity and security
Author: Hunter, Shireen
1044964