Recommend title
Description:
"This brochure is the first in the new series The U.S. Army Campaigns in Iraq. To set the stage, Schlosser provides an overview of the region and the situation that led to the increase in insurgent activities as well as the command structure of U.S. forces. He provides discussion of key operations during the surge including FARDH AL-QANOON, PHANTOM THUNDER, ARROWHEAD RIPPER, MARNE TORCH, and PHANTOM STRIKE. The brochure concludes with the status of forces agreement between the United States and Iraq drafted at the end of 2008"--Publisher's web site.
Strategic setting -- Command structure and the U.S. forces in Iraq -- Enemy forces -- Operations. Prelude in the west : the Al-Anbar awakening -- The battle for Baghdad I : Fardh al-Qanoon -- The battle for Baghdad II : Operation Phantom Thunder -- Maintaining the pressure : Operation Phantom Strike -- Political efforts, civil affairs operations, and building Iraqi security forces -- Continuing operations and the showdown with the Jaysh al-Mahdi -- Analysis.

Iraq and the challenge of counterinsurgency
Author: Mockaitis, Thomas R 1955-
916480

The Iraq War : learning from the past, adapting to the present, and planning for the future
Author: Mockaitis, Thomas R 1955-
1118196 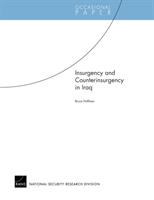 None left behind : the 10th Mountain Division and the triangle of death
Author: Sasser, Charles W
980741