Recommend title
Description:
"In the past thirty years, the devastating effects of international terror have forced their way into the forefront of world affairs. To counter this new threat to civilization -- and to the safety of ordinary people -- a new breed of soldier was created to fight the terrorists on their own terms. Armed to the hilt with the most hi-tech weaponry the modern military world can provide, and trained to combat the enemies of the countries they serve with a breathtakingly ruthless efficiency, the legend of these men is as awesome as the battles that they fight." -- Book jacket.
The special soldier -- Desert war -- "The Legion is Our Country" -- Confronting terror -- Heroes of the sea -- 22 SAS -- US Special Forces -- Scud busters -- African inferno -- The Soviets' graveyard -- Special Forces training -- Appendix 1. The world's leading Special Forces -- Appendix 2.Special Forces weapons.

The campaign from Texas to Maryland with the Battle of Fredericksburg
Author: Davis, Nicholas A
1077811 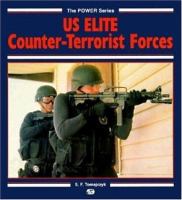 The evolution of special forces in counter-terrorism : the British and American experiences
Author: Taillon, J. Paul de B 1953-
1157231

To dare and to conquer : special operations and the destiny of nations, from Achilles to Al Qaeda
Author: Leebaert, Derek
Sign in
Forgot your PIN code?