Recommend title
Description:
"Nuclear weapons, since their conception, have been the subject of secrecy. In the months after the dropping of the atomic bombs on Hiroshima and Nagasaki, the American scientific establishment, the American government, and the American public all wrestled with what was called the "problem of secrecy," wondering not only whether secrecy was appropriate and effective as a means of controlling this new technology but also whether it was compatible with the country's core values. Out of a messy context of propaganda, confusion, spy scares, and the grave counsel of competing groups of scientists, what historian Alex Wellerstein calls a "new regime of secrecy" was put into place. It was unlike any other previous or since. Nuclear secrets were given their own unique legal designation in American law ("restricted data"), one that operates differently than all other forms of national security classification and exists to this day. Drawing on massive amounts of declassified files, including records released by the government for the first time at the author's request, Restricted Data is a narrative account of nuclear secrecy and the tensions and uncertainty that built as the Cold War continued. In the US, both science and democracy are pitted against nuclear secrecy, and this makes its history uniquely compelling and timely" -- Provided by publisher.
Introduction : the terrible inhibition of the atom -- pt. 1. The birth of nuclear secrecy. The road to secrecy : Chain reactions, 1939-1942 -- The 'best-kept secret of the war' : the Manhattan project, 1942-1945 -- - Preparing for 'publicity day' : a wartime secret revealed, 1944-1945 -- pt. 2. The cold war nuclear secrecy regime. The struggle for postwar control, 1944-1947 -- 'Information control' and the atomic energy commission, 1947-1950 -- Peaceful atoms, dangerous scientists : the paradoxes of cold war secrecy, 1950-1969 -- pt. 3. Unrestricted data : new challenges to the Cold War secrecy regime, 1964-1978 -- Secret seeking : anti-secrecy at the end of the Cold War, 1978-1991 -- Nuclear secrecy and openness after the cold war -- Conclusion : the past and future of nuclear secrecy.

Secrecy and the arms race : a theory of the accumulation of strategic weapons and how secrecy affects it
Author: McGuire, Martin C
1126273

Keeping the nation's secrets : a report to the Secretary of Defense
Author: United States. Commission to Review DoD Security Policies and Practices.
990480

What should be classified? : a framework with application to the Global Force Management Data Initiative
967481

The end of secrecy : military competitiveness in the age of transparency
Author: Kaspar, Beth M
1104699

Blank spots on the map : the dark geography of the Pentagon's secret world
Author: Paglen, Trevor
1101092 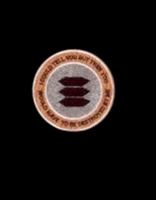 I could tell you but then you would have to be destroyed by me : emblems from the Pentagon's black world
Author: Paglen, Trevor
1144724