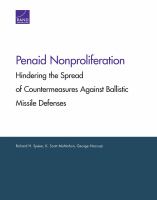 Recommend title
Description:
"The proliferation of weapons of mass destruction (WMD) becomes a greater threat when accompanied by the proliferation of effective means of delivery. As proliferator nations acquire ballistic missiles for this purpose, it will be important to establish effective measures to counter WMD attacks. But the benefits will be lost or reduced if proliferators can acquire effective countermeasures against missile defenses. Such countermeasures, when incorporated in an attacker's missile, are known as penetration aids, or penaids. This research was designed to assist U.S. agencies charged with generating policies to discourage the proliferation of WMD and ballistic missile delivery systems, thereby strengthening deterrence. Specifically, it recommends controls on potential exports of penaid-related items according to the structure of the current international policy against the proliferation of missiles capable of delivering WMD, the Missile Technology Control Regime. The recommendations account for 19 classes of such items and are based on structured interviews with government and nongovernment experts, as well as an independent technical assessment to develop a preliminary characterization of the technologies and equipment most critical to the emerging penaid threat. The project also brought together a selected group of experts to participate in a workshop to review the initial characterization of penaid technologies and equipment"--Publisher's web site.
Penaid nonproliferation -- The missile technology control regime -- Items proposed for Category I -- Items proposed for Category I but possible inclusions in Category II -- Items proposed for Category II -- Implementing penaid export controls -- Concluding observations. 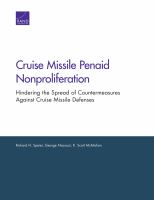 Proceedings from the Conference on Countering the Missile Threat : international military strategies
1152171 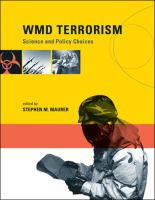 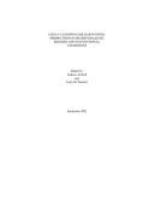