Recommend title
Description:
While the world's attention is focused on the nuclearization of North Korea and Iran and the nuclear brinkmanship between India and Pakistan, China is believed to have doubled the size of its nuclear arsenal, making it "the forgotten nuclear power," as described in Foreign Affairs. Susan Turner Haynes analyzes China's buildup and its diversification of increasingly mobile, precise, and sophisticated nuclear weapons. Haynes provides context and clarity on this complex global issue through an analysis of extensive primary source research and lends insight into questions about why China is the only nuclear weapon state recognized under the Nuclear Nonproliferation Treaty that continues to pursue qualitative and quantitative advancements to its nuclear force. As the gap between China's nuclear force and the forces of the nuclear superpowers narrows against the expressed interest of many nuclear and nonnuclear states, Chinese Nuclear Proliferation offers policy prescriptions to curtail China's nuclear growth and to assuage fears that the "American world order" presents a direct threat to China's national security. Presenting technical concepts with minimal jargon in a straightforward style, this book will be of use to casual China watchers and military experts alike. -- Amazon.com.
A typology of nuclear strategies -- Force structure variance -- China's nuclear strategy -- The influence of America -- The influence of regional powers -- The influence of prestige -- Conclusion.

Strategy in the second nuclear age : power, ambition, and the ultimate weapon
1191053

The end of strategic stability? : nuclear weapons and the challenge of regional rivalries
1115436

Confronting the bomb : Pakistani and Indian scientists speak out
991811 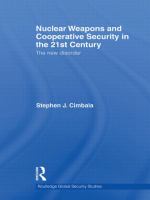 The challenge of nuclear-armed regional adversaries
Author: Ochmanek, David A
995445

India in the new South Asia : strategic, military and economic concerns in the age of nuclear diplomacy
Author: Jain, B. M
1123769

Pacific currents : the responses of U.S. allies and security partners in East Asia to China's rise
990935 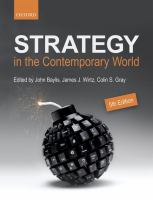 Strategy in the contemporary world : an introduction to strategic studies
989225 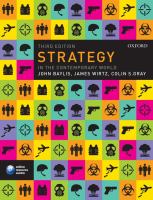 Strategy in the contemporary world : an introduction to strategic studies
1119797