Recommend title
Description:
"In a searing analysis of the Civil War North as revealed in contemporary letters, diaries, and documents, Gallagher demonstrates that what motivated the North to go to war and persist in an increasingly bloody effort was primarily preservation of the Union. Devotion to the Union bonded nineteenth-century Americans in the North and West against a slaveholding aristocracy in the South and a Europe that seemed destined for oligarchy. Northerners believed they were fighting to save the republic, and with it the world's best hope for democracy. Once we understand the centrality of union, we can in turn appreciate the force that made northern victory possible: the citizen-soldier. Gallagher reveals how the massive volunteer army of the North fought to confirm American exceptionalism by salvaging the Union. Contemporary concerns have distorted the reality of nineteenth-century Americans, who embraced emancipation primarily to punish secessionists and remove slavery as a future threat to union--goals that emerged in the process of war. As Gallagher recovers why and how the Civil War was fought, we gain a more honest understanding of why and how it was won"--Publisher description.
The grand review -- Union -- Emancipation -- The armies -- Affirmation. 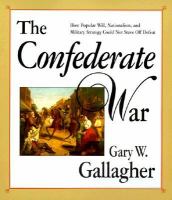 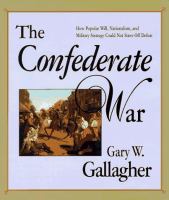 Lee and his generals in war and memory
Author: Gallagher, Gary W
1050530 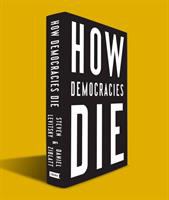 American models of revolutionary leadership : George Washington and other founders
1121209

Framing the sixties : the use and abuse of a decade from Ronald Reagan to George W. Bush
Author: Bothmer, Bernard von 1967-
1100581

Washington brotherhood : politics, social life, and the coming of the Civil War
Author: Shelden, Rachel A 1981-
1175339

The death of truth : notes on falsehood in the age of Trump
Author: Kakutani, Michiko
917053

Like, comment, retweet : the state of the military's nonpartisan ethic in the world of social media
Author: Urben, Heidi A
1048083