Crucibles of hazard : mega-cities and disasters in transition
1053600

Contemporary states of emergency : the politics of military and humanitarian interventions
992235

Resilience and opportunity : lessons from the U.S. Gulf Coast after Katrina and Rita
975521 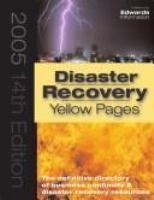