Recommend title
Description:
"Americans revere their Constitution. However, most of us are unaware how tumultuous and improbable the drafting and ratification processes were. As Benjamin Franklin keenly observed, any assembly of men bring with them "all their prejudices, their passions, their errors of opinion, their local interests, and their selfish views." One need not deny that the Framers had good intentions in order to believe that they also had interests. Based on prodigious research and told largely through the voices of the participants, [this book] narrates how the Framers' clashing interests shaped the Constitution--and American history itself. The Philadelphia convention could easily have been a failure, and the risk of collapse was always present. Had the convention dissolved, any number of adverse outcomes could have resulted, including civil war or a reversion to monarchy. Not only does Klarman capture the knife's-edge atmosphere of the convention, he populates his narrative with riveting and colorful stories: the rebellion of debtor farmers in Massachusetts; George Washington's uncertainty about whether to attend; Gunning Bedford's threat to turn to a European prince if the small states were denied equal representation in the Senate; slave staters' threats to take their marbles and go home if denied representation for their slaves; Hamilton's quasi-monarchist speech to the convention; and Patrick Henry's herculean efforts to defeat the Constitution in Virginia through demagoguery and conspiracy theories"--Book jacket.
Flaws in the Articles of Confederation -- Economic turmoil in the states and the road to Philadelphia -- The Constitutional Convention -- Slavery and the Constitutional Convention -- Critics of the Constitution : the Antifederalists -- The ratifying contest -- The Bill of Rights -- Conclusion.

The blessings of liberty : quotations on the Constitution.
919909

In defiance of the law : the standing-army controversy, the two Constitutions, and the coming of the American Revolution
Author: Reid, John Phillip
936153

The ratification of the Constitution
991837

The annotated U.S. Constitution and Declaration of Independence
1193313

Unruly Americans and the origins of the Constitution
Author: Holton, Woody
1073897

Saving the revolution : the Federalist papers and the American founding
1048982 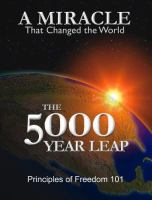 A general view of the origin and nature of the Constitution and government of the United States
Author: Baldwin, Henry 1780-1844.
Sign in
Forgot your PIN code?