Skip to Content
Sign In
Advanced search
3135
Go to first page   Go to previous page   7 8 9 10 11 Go to next page   Go to last page
Back to list
1172132
Book National security intelligence : secret operations in defense of the democracies / Loch K. Johnson.

Recommend title
Description:
"National security intelligence is a vast, complex, and important topic, made doubly hard for citizens to understand because of the thick veils of secrecy that surround it. In the second edition of his definitive introduction to the field, leading intelligence expert Loch K. Johnson guides readers skilfully through this shadowy side of government. Drawing on over forty years of experience studying intelligence agencies and their activities, he explains the three primary missions of intelligence: information collection and analysis, counterintelligence, and covert action, before moving on to explore the wider dilemmas posed by the existence of secret government organizations in open, democratic societies. Recent developments including the controversial leaks by the American intelligence official Edward J. Snowden, the U.S. Senate's Torture Report, and the ongoing debate over the use of drones are explored alongside difficult questions such as why intelligence agencies inevitably make mistakes in assessing world events; why some intelligence officers choose to engage in treason against their own country on behalf of foreign regimes; and how spy agencies can succumb to scandals--including highly intrusive surveillance against the very citizens they are meant to protect. Comprehensively revised and updated throughout, National Security Intelligence is tailor-made to meet the interests of students and general readers who care about how nations shield themselves against threats through the establishment of intelligence organizations, and how they strive for safeguards to prevent the misuse of this secret power"--
National security intelligence: the first line of defense -- Intelligence collection and analysis: knowing about the world -- Covert action: secret attempts to shape history -- Counterintelligence: the hunt for moles -- Safeguards against the abuse of secret power -- National security intelligence: shield and hidden sword of the democracies. 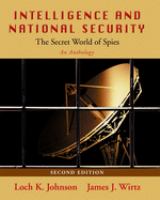 Intelligence and national security : the secret world of spies : an anthology
991651

Working on the dark side of the moon : life inside the National Security Agency
Author: Willemain, Thomas R
1107104 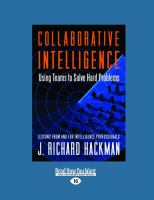