The end of authority : how a loss of legitimacy and broken trust are endangering our future
Author: Schoen, Douglas E 1953-
965850 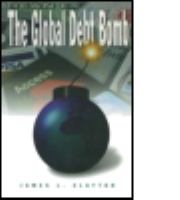