Recommend title
Description:
The Iraq War of March 19, 2003 was an implausible war at the outset. We now understand that it could have been averted and never should have been waged. How and why did it begin? Who was responsible? This book offers a new perspective on the Iraq War and explains the dynamic relationships between the George W. Bush administration, the United States Congress, and the national news media. It is based on the "multiple streams model of political change" by John Kingdon, which says that if a unique combination of political, policy, and problem streams collide, under the right circumstances, they can create a window of opportunity for a shift in policy. It was the terrorist attacks of September 11, 2001, which set the stage for the emergence of three dynamic streams in the country. Fear, power, and a contentious political climate converged to produce not only a dramatic new foreign policy, but also a war with Iraq, a country which had not provoked or threatened the United States. Fear, power, and a tense political climate also influenced institutional behavior and exposed the failures of: 1) The executive branch in the administration of George W. Bush; 2) The United States Congress; and, 3) the national news media. All are designed and are differently responsible to protect the interests of the American people. Errors in judgment have happened throughout history with other administrations, with other Congresses, and with the news media. However, with regard to the Iraq War, it was a matter of degree and extent, especially for the President of the United States. Both the Congress and the news media were also experiencing colossal institutional changes, which influenced and hindered their performances. However, all were culpable in helping to create the Iraq war, which today stands as one of the longest military conflicts in United States history.
The fear factor : how it shaped political decisions and policy -- The George W. Bush administration : the case for war with Iraq -- The United States Congress and Iraq : checks, balance and oversight -- The news media : reporting and the run-up to war -- The Iraq War : reflections, repercussions and resolution.

Conflicts in the Middle East since 1945
Author: Milton-Edwards, Beverley
1152172

Alternative measures : Homeland Security, the ultimate power of the protection of the United States, had no knowledge of an internal strike force operating within its ranks for one purpose, to pay back the terrorist responsible for September 11, 2001
Author: Mars, Peter
1100885

9/11 and the wars in Afghanistan and Iraq : a chronology and reference guide
Author: Lansford, Tom
1026912 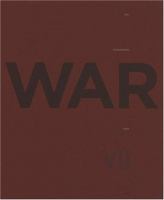 The globalization of terror : the challenge of Al-Qaida and the response of the international community
Author: Schweitzer, Yoram
1049352

Understanding the U.S. wars in Iraq and Afghanistan
1114754

The role of the Army Reserve in the 11 September attacks : New York City
Author: Bensburg, Robert
1032936

With us or against us : studies in global anti-Americanism
987734