Recommend title
Description:
The gap between rich and poor has never been wider ... legislative stalemate paralyzes the country ... corporations resist federal regulations ... spectacular mergers produce giant companies ... the influence of money in politics deepens ... bombs explode in crowded streets ... small wars proliferate far from our shores ... a dizzying array of inventions speeds the pace of daily life. These unnervingly familiar headlines serve as backdrop for Doris Kearns Goodwin's The Bully Pulpit, a dynamic history of the first decade of the Progressive era, that tumultuous time when the nation was coming unseamed and reform was in the air. The story is told through the intense friendship of Theodore Roosevelt and William Howard Taft, a close relationship that strengthens both men before it ruptures in 1912, when they engage in a brutal fight for the presidential nomination that divides their wives, their children, and their closest friends, while crippling the progressive wing of the Republican Party, causing Democrat Woodrow Wilson to be elected, and changing the country's history. This book is also the story of the muckraking press, which arouses the spirit of reform that helps Roosevelt push the government to shed its laissez-faire attitude toward robber barons, corrupt politicians, and corporate exploiters of our natural resources. The muckrakers are portrayed through the greatest group of journalists ever assembled at one magazine : Ida Tarbell, Ray Stannard Baker, Lincoln Steffens, and William Allen White teamed under mercurial genius of publisher S. S. McClure. Goodwin's narrative is founded upon a wealth of primary materials. Correspondence of more than four hundred letters between Roosevelt and Taft begins in their early thirties and ends only months before Roosevelt's death. Edith Roosevelt and Nellie Taft kept diaries. The muckrakers wrote hundreds of letters to one another, kept journals, and wrote their memoirs. Letters of Captain Archie Butt, who served as a
personal aide to both Roosevelt and Taft, provide an intimate view of both men. The Bully Pulpit is a major work of history, an examination of leadership in a rare moment of activism and reform.
The hunter returns -- Will and Teedie -- The judge and the politician -- Nellie Herron Taft -- Edith Carow Roosevelt -- The insider and the outsider -- The invention of McClure's -- "Like a boy on roller skates" -- Governor and Governor General -- "That damned cowboy is President" -- "The most famous woman in America" -- "A mission to perform" -- Toppling old bosses -- "Thank Heaven you are to be with me!" -- "A smile that won't come off" -- "Sitting on the lid" -- The American people reach a verdict -- "Cast into outer darkness" -- "To cut Mr. Taft in two!" -- Taft boom, Wall Street bust -- Kingmaker and king -- "A great stricken animal" -- A self-inflicted wound -- St. George and the dragon -- "The parting of the ways" -- "Like a war horse" -- "My hat is in the ring" -- "Bosom friends, bitter enemies" -- Armageddon -- Epilogue.

Let the people rule : Theodore Roosevelt and the birth of the presidential primary
Author: Cowan, Geoffrey
1066086

Emancipation! Enfranchisement! Reconstruction! : legislative record of the Republican party during and since the war
Author: Republican Congressional Committee.
962531 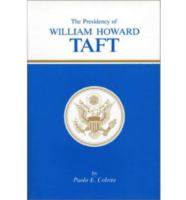