Recommend title
Description:
Africa is poor. If we send it money it will be less poor. It seems perfectly logical. Millions of people in the rich world, moved by images on television and appalled by miserable conditions endured by so many in other countries, have joined campaigns to persuade their governments to double aid to Africa and help put an end to such shameful inequality. It seems simple. But it isn't. In this book, Jonathan Glennie argues that, along with its many benefits, government aid to Africa has often meant more poverty, more hungry people, worse basic services and damage to already precarious democratic institutions. Moreover, calls for more aid are drowning out pressure for action that would really make a difference for Africa's poor. Rather than doubling aid to Africa, it is time to reduce aid dependency. Through an honest assessment of both the positive and negative consequences of aid, this book will show you why--Publisher's description.
1. Time to think again -- 2. The new aid era -- 3. All aid's impacts: the bigger picture -- 4. Pulling the strings: the reality of aid conditionality -- 5. Institutions, institutions, institutions -- 6. Aid, growth and confused academics -- 7. A better future? -- 8. Why is aid really going up? -- What is to be done?

Impact of rich countries' policies on poor countries : towards a level playing field in development cooperation
994565

Security and development in global politics : a critical comparison
1119647

Snakes in paradise : NGOs and the aid industry in Africa
Author: Holmen, Hans
1162187 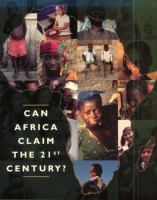 The samaritan's dilemma : the political economy of development aid
1175246

Dead aid : why aid is not working and how there is a better way for Africa
Author: Moyo, Dambisa
1119470

Why growth matters : how economic growth in India reduced poverty and the lessons for other developing countries
Author: Bhagwati, Jagdish N 1934-
1033580

The white man's burden : why the West's efforts to aid the rest have done so much ill and so little good
Author: Easterly, William Russell
1029243

Poverty and the underclass : changing perceptions of the poor in America
Author: Kelso, William Alton
1191469

The prosperity paradox : how innovation can lift nations out of poverty
Author: Christensen, Clayton M
1079127

The Routledge handbook of African development
1172433

Aid and authoritarianism in Africa : development without democracy
1166726