Recommend title
Description:
This study examines the scope, intensity, and complexity of the interracial violence in the ex-Confederate states from 1940 through 1946. Employing a survey and analysis approach, with the major peaks of violence during May 1943-August 1944 and August 1945-September 1946 as the most significant periods, this work will demonstrate that blacks in the South underwent a generally oppressive, not uplifting, experience during the war. While northern blacks and norther-based civil rights groups seemed to utilize the war era as a springboard for the "second Reconstruction," most of the positive changes in fact emanated from political, economic, and military necessity rather than any great humanitarian impulse. Three forms of violence -- lynchings, civilian riots, and military-related conflicts -- confirm and illustrate the overall thesis. From 1940 through the spring of 1943 both lynching and military violence escalated in direct response to the exigencies of war, black attempts to break down the color line, and white attempts to preserve it. During mid-1943 major civilian riots erupted in Mobile and Beaumont, together with an alarming rise in mutinies by black soldiers in southern camps and bases. From then to the end of the war, mutinies and lynchings continued, but with the end of the conflict came a resurgence of violence as the nation reconverted to a peacetime footing. Riots in Columbia, Tennessee, and Athens, Alabama, along with a serious increase in lynching, showed white reaction to wartime gains for black and a general fear of the changes returning black veterans might bring. In the end, blacks remained in as separate and unequal a society in 1946 as they had in 1940 below the Mason-Dixon Line. Thus, the wartime experience for southern blacks proved to be different from that of their counterparts elsewhere.
"The problem of the color-line" -- Clouds of war -- "Nearer and nearer the precipice" -- "Segregation always means discrimination" -- "There exists a danger" -- "An epidemic of interracial violence" -- From war to peace? -- "Terror in Tennessee" -- The color line triumphant.

A nation forged in war : how World War II taught Americans to get along
Author: Bruscino, Thomas A
1101732

Leadership and the Negro soldier
1173930

Instructional aids for use in connection with ASF manual, M 5, "Leadership and the Negro soldier."
1003475

Affirmative action and the impact of promotion policies on interracial conflicts in the U. S. Army
Author: Bolboaca-Negru, Marcel
925759

The context of heroism : the African American experience on the Ledo Road
Author: Brockbank, Nancy E
931530 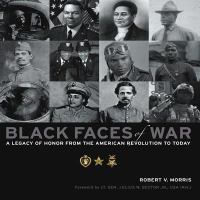 Black faces of war : a legacy of honor from the American Revolution to today
Author: Morris, Robert V
Sign in
Forgot your PIN code?