Recommend title
Description:
"Guerrilla Daughter is a memoir of this family's extraordinary struggle to survive the Japanese occupation of Mindanao from the spring of 1942 until the end of the war in September 1945. The men in the family fought as guerrilla soldiers in the island's resistance movement, while Ginger, her mother, and her older sister were left to their own resources to evade the Japanese, who had been given orders to execute Americans. The Hansen women, faced with immediate death if found and suffering from hunger, disease, and barely tolerable living conditions, hid out in the Philippine jungle and remote villages to remain just ahead of the growing Japanese presence and avoid capture"--P. [4] of cover.
The gathering clouds of war -- Moving to war and awaiting the Invasion of Mindanao -- Evacuating the mine and evading the Japanese -- A guerrilla movement is formed, and family fighters join -- On the move -- Life in Claver and help from Australia -- The Japanese expand their operations against the guerrillas -- Awaiting the liberation of the Philippines -- Light at the end of the tunnel -- The war ends.

The Mindanao herald historical and industrial number : commemorating a decennium of American occupation of the land of the farthest east and nearest west.
1080318

The American influence on the Mindanao resistance during the Second World War
Author: Balis, Michael Anthony
914545

History of the Mindanao guerrillas
1105363

Between integration and secession : the Muslim communities of the southern Philippines, Southern Thailand, and western Burma/Myanmar
Author: Yegar, Moshe
928661

War memoirs of the Alcala veterans
915688 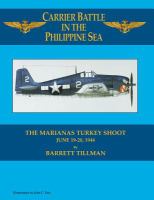 Bataan, the judgment seat : the saga of the Philippine command of the United States Army air force, May 1941 to May 1942
Author: Ind, Allison 1903-
Sign in
Forgot your PIN code?