Skip to Content
Sign In
Advanced search
4
Go to first page   Go to previous page   1 2 3 4 Go to next page   Go to last page
Back to list
1107390
Book On "other war" : lessons from five decades of RAND counterinsurgency research / Austin Long.

Recommend title
Description:
"The body of work generated from this study covers many aspects of COIN, from the most abstract theories of why insurgency takes place to tactical operations. It also covers a wide array of cases, varied in both geography and time, from the British experience in Malaya to the French in Algeria to the United States in El Salvador. However, the research is limited in that almost all of it is based on cases that occurred in the context of the Cold War ... This study is based on the premise that, while many specific details do indeed vary greatly, insurgency and counterinsurgency is a more general phenomenon that is not a product of Cold War peculiarities."--P. ix-x.
Introduction -- The wizards of less-than-Armageddon : Rand and COIN -- Analogies and war : are theory and empirics from prior COIN relevant? -- COIN theory : what are insurgencies and how does one fight them? -- The social scientists' wars : RAND and COIN practice -- COIN old and new. 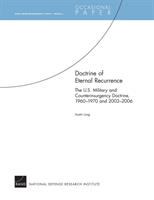 The soul of armies : counterinsurgency doctrine and military culture in the US and UK
Author: Long, Austin G

The operational art of warfare across the spectrum of conflict
1174886

Conventional and unconventional war : a history of conflict in the modern world
Author: Mockaitis, Thomas R 1955-
1031020 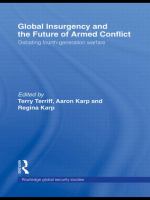 The counterinsurgent's constitution : law in the age of small wars
Author: Sitaraman, Ganesh
989982 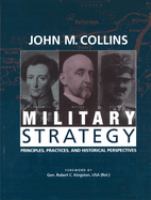 Victory has a thousand fathers : sources of success in counterinsurgency
Author: Paul, Christopher 1971-
1111263

An introduction to strategy, with particular reference to problems of defense, politics, economics, and diplomacy in the nuclear age
Author: Beaufre, André
Sign in
Forgot your PIN code?