Recommend title
Description:
The post-1898 professionalization of the American Army placed demands on the United States Military Academy to modernize its military training and to regularize its systems for inculcating professional values and norms in the Corps of Cadets.The concurrent and more fundamental revolution in higher education challenged Academy authorities to expand the curriculum both horizontally and vertically; to provide more specialization in the academic disciplines and fields of engineering; to forgo the 19th century rationale of mental discipline and recitational instruction; and to provide a better educated faculty. In this study, the author attempted to research the men in the governing body, their policy problems and how they coped with them, and the environment which influenced their thought and actions. Analysis has been focused particularly on matters that remain at issue in the present-day Academy. He feels that the results could contribute to further understanding of the problems of higher education at institutes sponsored by the federal government.
pt. 1. The nineteenth-century heritage. The centennial image of West Point -- West Point as a nineteenth century technical institute -- pt. 2. Testing the heritage, 1900-1917. West Point as a national institution -- West Point as a professional school -- West Point as a character building agency -- The failure in educational reform -- The sources of educational conservatism -- pt. 3. Reaffirming the heritage, 1917-1925. War promotes national and professional interests -- Restoration of institutional and technical interests -- pt. 4. The era in retrospect. The military collage in an era of educational reform -- Appendix. 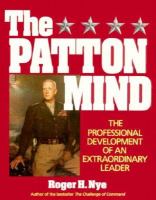 The United States Military Academy and its foreign contemporaries
926552

The United States Military Academy and its foreign contemporaries
1042226

West Point, the life of a cadet : a picture story
Author: Engeman, Jack
Sign in
Forgot your PIN code?