Recommend title
Description:
Foreign affairs journalist Kaplan lets readers experience up close the American military worldwide in the air, at sea, and on the ground: flying in a B-2 bomber, living on a nuclear submarine, and traveling with a Stryker brigade on missions around the world. Provided unprecedented access, Kaplan moves from destroyers off the coast of Indonesia to submarines in the central Pacific, from simulated Iraqi training grounds in Alaska to technology bases in Las Vegas. He goes deep into their highly technical and exotic worlds, and tells this story through the words and perspectives of the enlisted personnel and junior officers themselves-- men and women who, as he writes, have "had their national identities as Americans engraved in sharp bas-relief." He not only conveys the vast scope of America's military commitments, but also shows us astonishing and vital operations as they unfold-- from the point of view of the troops themselves.
The better they fought, the better relief workers they became -- America's African rifles : with a Marine platoon, African Sahel, Summer 2004 -- Alaska to Thailand : the organizing principle of the earth's surface, Pacific Ocean, Autumn 2004 -- A civilization unto itself, swishing through the crushing void : on a Navy destroyer, Indian Ocean and Andaman Sea, Winter 2005 -- Geeks with tatoos : the most driven men I have ever known : on a nuclear submarine, north Pacific Ocean, Spring 2005 -- NATO's ragged southern edge : with Army Special Forces, Algeria, Summer 2005 -- The Gurkha standard : Nepal, Summer 2005 -- Tribal mafias : with an Army Stryker brigade, Iraq, Autumn 2005 -- A dependable blue-collar plane : with an Air Force A-10 squadron, Thailand, Winter 2006 -- Timbuktu, Soviet Stonehenge, and gnarly-ass jungle : Mali, Georgia, the Phillipines, and Colombia, Winter and Spring 2006 -- The big glider and the jagged boomerang : with Air Force Predator and B-2 pilots, Las Vegas and Guam, Spring 2006 -- The morbid tyranny out of antiquity : with U.S. forces, Korea, Summer 2006 -- The non-warrior democracy.

A people's history of the U.S. military : ordinary soldiers reflect on their experience of war, from the American Revolution to Afghanistan
Author: Bellesiles, Michael A
1045265

Be strong and courageous : an anthology of sermons to warriors
1186776 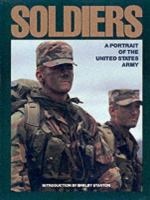 Rejections because of lack of educational qualifications
975573