Skip to Content
Sign In
Advanced search
567
Go to first page   Go to previous page   2 3 4 5 6 Go to next page   Go to last page
Back to list
1064962
Book Reminiscences and thrilling stories of the war by returned heroes : containing vivid accounts of personal experiences by officers and men... / by James Rankin Young in collaboration with J. Hampton Moore.

Recommend title
Description:
Admiral Schley's account of the destruction of Cervera's fleet -- Admiral Dewey's story of the famous naval victory at Manila -- Dewey's men tell of the great battle of Manila -- The captain of the Hudson tells of the first Americans killed in our war with Spain -- Eye-witnesses vividly describe the first battles on Cuban soil -- Hobson tells the thrilling story of the sinking of the Merrimac -- Admiral Cervera tells of the great naval battle near Santiago -- Naval officers narrate the story of Cervera's defeat -- General Wheeler describes the advance of the American army on Santiago -- Account of the battle of La Quasina by Colonels Wood and Roosevelt -- Rough riders' stories of their grand achievements -- Thrilling stories told by the regulars -- Army officers praise the heroism of our soldiers at the battles around Santiago -- Stories of camp, field and hospital by the volunteers -- General Shafter tells of the downfall of Santiago and surrender of the Spanish Army -- Graphic accounts by Naval officers of the bombardment of San Juan, Porto Rico -- General Miles' campaign in Porto Rico -- Victorious march of our soldiers to San Juan, Porto Rico -- Story of the gallant fight of our army and navy at Manila -- Surrender of Manila after attack of Dewey and Merritt -- Chief government detective's story of the spies of Spain and how they were captured -- Thrilling stories of the war by our brave heroes -- Stories of the camp, battlefield and hospital -- Vivid account of the siege of Santiago -- Exciting experiences of our soldiers and sailors -- Hospital work in camp and at the battle of Santiago -- Story of Clara Barton and the noble work of the Red Cross -- Trophies and mementoes of the war.

From the shadows into the sun : Americans in the Spanish-American War
Author: Leffler, John Joseph 1953-
946044 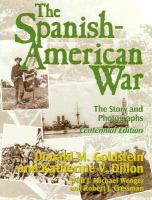 Harper's pictorial history of the war with Spain
1096524 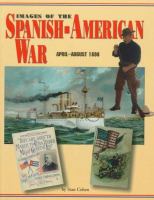 On to Manila : a true and concise history of the Philippine campaigns, secured while afloat with Admiral Dewey's fleet, and in the field with the 8th U.S. Army Corps
Author: White, Douglas
1105002

Inside the Spanish-American War : a history based on first-person accounts
Author: McCaffrey, James M 1946-
935368

The handy war book : containing authentic information and statistics on subjects relating to the war, with descriptions of the American and Spanish Navies : also a brief history of Cuba, Porto Rico, the Philippines and other islands : with accurate war maps and photographic pictures of U.S. war vessels
Author: Hannaford, E 1840-
946295

Complete official roster of the Utah volunteers : who responded to the call of their country in the cause of freedom and humanity.
Sign in
Forgot your PIN code?