Recommend title
Description:
"Countering notions that Hmong history begins and ends with the 'Secret War' in Laos of the 1960s and 1970s, this book reveals how the Hmong experience of modernity is grounded in their sense of their own ancient past, when this now-stateless people had their own king and kingdom, and illuminates their political choices over the course of a century in a highly contested region of Asia"--Back cover.
Introduction : leadership and the politics of legitimation in Hmong society -- Hmong alliance and rebellion within the state (1850-1900) -- pt.1. Hmong messianism : the mandate of heaven. A chronology of two rebellions (1910-1912 and 1918-1921) -- Messianism as a quest for the mandate of heaven -- pt.2. The secular political tradition : a mandate by proxy. The creation of a supreme Hmong chief (1900-1935) -- The struggle for paramountcy (1921-1935) -- The emergence of an educated Hmong broker (1936-1940) -- The impact of the Japanese occupation on the highlands (1941-1945) -- Hmong competition finds revolutionary voices in the Kingdom of Laos (1946-1960) -- Epilogue : the continuity of the two strands of leadership.

Final report of DASG investigative team : use of chemical agents against the H'mong in Laos
1103006 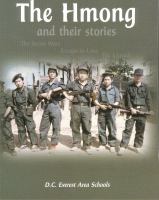 Sky is falling : an oral history of the CIA's evacuation of the Hmong from Laos
Author: Morrison, Gayle
994166

Conflict and peace in Central Eurasia : towards explanations and understandings
Author: Rezvani, Babak
996580 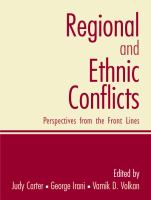 Regional and ethnic conflicts : perspectives from the front lines
1044257

On the fault line : managing tensions and divisions within societies
971446

Macedonia : warlords and rebels in the Balkans
Author: Phillips, John
1029650