Recommend title
Description:
"The man who the New York Times described as being “at the forefront of every significant boycott, sit-in, protest march, rally, voter registration drive and court case” eventually became a rare example of a social-movement leader who successfully moved into political office. Aaron Henry of Mississippi covers the life of this remarkable leader, from his humble beginnings in a sharecropping family to his election to the Mississippi house of representatives in 1979, all the while maintaining the social-change ideology that prompted him to improve his native state, and thereby the nation." -- Amazon.
Preface -- Introduction -- Son of sharecroppers and entrepreneurs : rites of passage in a segregated society -- Military service, family, and profession : challenging contested citizenship at war and at home -- Aaron Henry, the NAACP, and indigenous leadership : the Clarksdale social movement -- Demanding restoration of the black franchise : Henry heads the Freedom Vote ticket, a 1963 mock election -- An alternative to the segregated state Democratic Party : the MFDP goes to Atlantic City, 1964 -- Henry the public entrepreneur and network tactician : exploiting national allies and cultivating local interracial partners -- Private and public entrepreneurship for redistributive justice : addressing African American socioeconomic disparities -- Taking the reins of the state Democratic Party : Henry wrests power from the segregationists -- The summit and culmination : Henry as a state legislator and his political demise -- Conclusion and postscript. 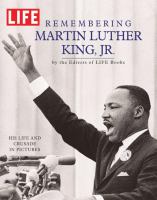 We ain't what we ought to be : the Black freedom struggle, from emancipation to Obama
Author: Tuck, Stephen G. N
1132384 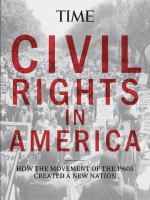 Called to be free : how the civil rights movement created a new nation
1171245

Lift every voice : the NAACP and the making of the civil rights movement
Author: Sullivan, Patricia 1950-
Sign in
Forgot your PIN code?