Recommend title
Description:
"This is the first global history of the secret diplomatic and police campaign that was waged against anarchist terrorism from 1878 to the 1920s. Anarchist terrorism was at that time the dominant form of terrorism and for many continued to be synonymous with terrorism as late as the 1930s. Ranging from Europe and the Americas to the Middle East and Asia, Richard Bach Jensen explores how anarchist terrorism emerged as a global phenomenon during the first great era of economic and social globalization at the end of the nineteenth and beginning of the twentieth centuries and reveals why some nations were so much more successful in combating this new threat than others. He shows how the challenge of dealing with this new form of terrorism led to the fundamental modernization of policing in many countries and also discusses its impact on criminology and international law"--Publisher description.
The origins of anarchist terrorism -- Conspiracies, panics, agent provocateurs, mass journalism, and globalization -- International action against subversives : 1815-89 -- The terrorist 1890s and increasing police cooperation : 1890-1898 -- The first international conference on terrorism : Rome 1898 -- 1900 : three assassination attempts and the Russo-German anti-anarchist initiative -- The murder of President McKinley, 1901 -- The St Petersburg Protocol, 1901-1904 -- Multilateral anti-anarchist efforts after 1904 -- The decline of anarchist terrorism, 1900-1930s.

The foundations of modern terrorism : state, society and the dynamics of political violence
Author: Miller, Martin A 1938-
1026862 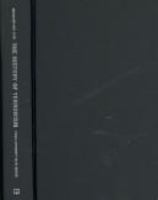 The history of terrorism : from antiquity to al Qaeda
1190983 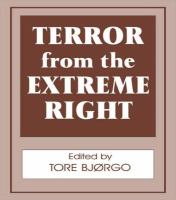 Friction : how radicalization happens to them and us
Author: McCauley, Clark R
1047154

Neojihadism : towards a new understanding of terrorism and extremism?
Author: Lentini, Peter
1115723

Breaking the grip? : obstacles to justice for paramilitary mafias in Colombia.
Sign in
Forgot your PIN code?