Recommend title
Description:
"The prizewinning author of Founding Brothers and American Sphinx now gives us the unexpected story--brilliantly told--of why the thirteen colonies, having just fought off the imposition of a distant centralized governing power, would decide to subordinate themselves anew. The triumph of the American Revolution was neither an ideological nor political guarantee that the colonies would relinquish their independence and accept the creation of a federal government with power over their individual autonomy. The Quartet is the story of this second American founding and of the men responsible--some familiar, such as George Washington, Alexander Hamilton, John Jay, and James Madison, and some less so, such as Robert Morris and Governeur Morris. It was these men who shaped the contours of American history by diagnosing the systemic dysfunctions created by the Articles of Confederation, manipulating the political process to force a calling of the Constitutional Convention, conspiring to set the agenda in Philadelphia, orchestrating the debate in the state ratifying conventions, and, finally, drafting the Bill of Rights to assure state compliance with the constitutional settlement"--
Preface : Pluribus to Unum -- The Articles and the Vision -- The Financier and the Prodigy -- The Domain -- The Courting -- Madison's Moment -- The Great Debate -- Final pieces -- Appendices: Articles of Confederation and Perpetual Union ; Constitution of the United States ; Bill of Rights.

American creation : triumphs and tragedies at the founding of the republic
Author: Ellis, Joseph J
1153827

An argument open to all : reading The Federalist in the twenty-first century
Author: Levinson, Sanford 1941-
937456 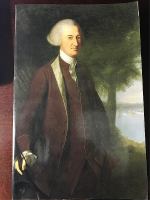 The idea of America : reflections on the birth of the United States
Author: Wood, Gordon S
1047729

In defiance of the law : the standing-army controversy, the two Constitutions, and the coming of the American Revolution
Author: Reid, John Phillip
919909

Unruly Americans and the origins of the Constitution
Author: Holton, Woody
1114617

The blessings of liberty : quotations on the Constitution.
1050120

Citizen extraordinaire : the diplomatic diaries of Vance McCormick in London and Paris, 1917-1919 : with other documents from a high-minded American life
Author: McCormick, Vance Criswell 1872-1946.
1173332

A general view of the origin and nature of the Constitution and government of the United States
Author: Baldwin, Henry 1780-1844.
940250