Recommend title
Description:
"This book provides a comprehensive overview of the norms and practices of ethnic diversity management in the Russian Federation in the last twenty years. It examines the evolution of the legal framework, the institutional architecture and the policies intended to address the large number of challenges posed by Russia's immense ethno-cultural diversity. It analyses the legal, social and political changes affecting ethno-cultural relations and the treatment of ethnic minorities, and assesses how ethnic diversity both influences and is shaped by transformations in Russian politics and society. It concludes by appraising how successful or otherwise policies have been so far, and by outlining the challenges still faced by the Russian Federation"--Publisher's web site.
Introduction -- Part 1. Domestic and international legal framework. Russian legislation in the area of minority rights -- International norms and legal status of minority languages in Russia -- National-cultural autonomy in Russia : a matter of legal regulation or the symbolic construction of an ethnic mosaic? -- Part 2. Ethnic federalism and minority governance. The homogeneity of Russia, or the remains of an empire (federalism and regionalism) -- Governance and the types of political regimes in the ethnic regions of Russia -- The Northern Caucasus and challenges of minority governance -- Part 3. Majority and minority identities. The ethno-political pendulum : the dynamics of the relationship between ethnic minorities and majorities in post-Soviet Russia -- Russian government policies and minority identities -- Part 4. Political participation and representation. Ethnic mobilization -- Ethnic federalism, electoral systems, and the representation of ethnic minorities : evidence from Russia -- The descriptive and substantive representation of ethnic minorities in the Russian parliament -- Conclusion : regime transition, political institutions and minority politics in Russia.

Diversity in the power elite : how it happened, why it matters
Author: Zweigenhaft, Richard L
1024947 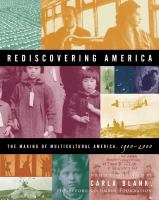 Rescuing all our futures : the future of futures studies
1027473

The friendly liquidation of the past : the politics of diversity in Latin America
Author: Van Cott, Donna Lee
996580

With God on all sides : leadership in a devout and diverse America
Author: Hicks, Douglas A
1142094