The art and practice of leadership coaching : 50 top executive coaches reveal their secrets
1028984 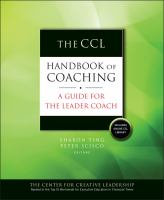 The CCL handbook of coaching : a guide for the leader coach
989493

A coach's guide to developing exemplary leaders : making the most of the leadership challenge and the leadership practices inventory (LPI)
Author: Kouzes, James M 1945-
1048713

Why should the boss listen to you? : the seven disciplines of the trusted strategic advisor
Author: Lukaszewski, James E
1028942

One minute mentoring : how to find and work with a mentor--and why you'll benefit from being one
Author: Blanchard, Kenneth H
1125489

Athena rising : how and why men should mentor women
Author: Johnson, W. Brad
1112719 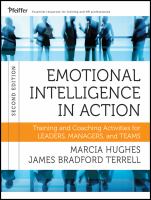 Leadership for the leaders' course (training division)
Sign in
Forgot your PIN code?