Skip to Content
Sign In
Advanced search
64188
Go to first page   Go to previous page   7 8 9 10 11 Go to next page   Go to last page
Back to list
1045788
Book Understanding command-style leadership in United States Army officers : a qualitative case study / by Jeffrey A. Cote.

Recommend title
Description:
Command-style leadership is considered a military model of leadership. Though the commanding style is often practiced in nonmilitary organizations, it is widely associated with the military in literature on the subject. The idea for this study was originally inspired by an abstract contradiction that says Army officers are educated and autocratic at the same time, a theoretical incongruity based on the premise that leader directiveness declines as leader education levels rise. This research was undertaken as a case study involving individual interviews as the primary means for data collection along with questionnaires to obtain background information that provided additional depth and meaning to the interview data. Face-to-face interviews involving 11 United State Army majors and lieutenant colonels were conducted. Study findings produced detailed information regarding Army officer propensity and motivation for using command-style modes. In a surprising revelation, the results of this study showed that Army officers quite often are not command-style oriented, particularly as they reach the field grade officer ranks. Findings indicated that officers exhibit less directive behavior as they move forward in their careers and take on responsibilities associated with their higher rank. While the data at first seemed to back the assertion that leader directiveness diminishes with higher education levels (most field grade officers earn graduate degrees), careful analysis indicated that reduced directiveness is not attributable to higher education levels. Instead, findings showed that military-unique contextual dimensions are major shapers and drivers of command-style behavior in commissioned Army officers. Context-based elements include the following: formative experiences associated with military training, the ongoing experiences that typify military life, strong personal affiliations with military organizations that have dominant command-style cultures, the potent
effects of military rank and military law on leader behavior, and the harsh mission demands that are generally exclusive to military purposes. Future research should delve deeper into the aforementioned dimensions, particularly as they relate to noncommissioned officers, a demographic that was not investigated in this study. Finally, research that is specifically geared to explore the relationship between leader education levels and the use of command-style leadership in the Army could further advance theory on the subject. 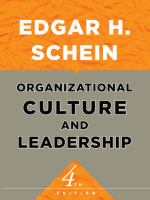 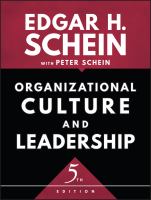 Building and maintaining healthy organizations : the key to future success
972826

Leaders eat last : why some teams pull together and others don't
Author: Sinek, Simon
1119986

Leading outside the lines : how to mobilize the (in)formal organization, energize your team, and get better results
Author: Katzenbach, Jon R 1932-
1031169

Leading with dignity : how to create a culture that brings out the best in people
Author: Hicks, Donna (Conflict management consultant),
997826

Trust and distrust in organizations : dilemmas and approaches
998217

Leading the high energy culture : what the best CEOs do to create an atmosphere where employees flourish
Author: Casullo, David
1118665

You're in charge, now what? : the 8 point plan
Author: Neff, Thomas J
Sign in
Forgot your PIN code?