Skip to Content
Sign In
Advanced search
2822
Go to first page   Go to previous page   4 5 6 7 8 Go to next page   Go to last page
Back to list
1044312
Book Temptations of power : Islamists and illiberal democracy in a new Middle East / by Shadi Hamid.

Author: Hamid, Shadi 1983-
Publication year: [2014]
Language: English
Call Number BP173.7 .H36 2014
Media class: Book
Publisher: Oxford ;New York : Oxford University Press
ISBN: 9780199314058 0199314055
Notes:
""A Saban Center at the Brookings Institution Book."--Dust jacket.
"In 1989, Francis Fukuyama famously announced the "end of history." The Berlin Wall had fallen; liberal democracy had won out. But what of illiberal democracy -- the idea that popular majorities, working through the democratic process, might reject gender equality, religious freedoms, and other norms that Western democracies take for granted? Nowhere have such considerations become more relevant than in the Middle East, where the uprisings of 2011 swept the Muslim Brotherhood and other Islamist groups to power. In Temptations of Power, Shadi Hamid draws on interviews with leaders and activists from across the region to advance a new understanding of how Islamist movements change over time. He puts forward the thesis that repression "forced" Islamists to moderate their politics, work in coalitions, de-emphasize Islamic law, and set aside the dream of an Islamic state. Meanwhile, democratic openings in the 1980s, and again during the Arab Spring, pushed Islamists back toward their original conservatism. With the uprisings of 2011, Islamists found themselves in an enviable position, but one for which they were unprepared. Groups like the Brotherhood combine features of both political parties and religious movements, leading to an inherent tension they have struggled to resolve. However pragmatic they may be, their ultimate goal remains the Islamization of society. When the electorate they represent is conservative as well, they can push their own form of illiberal democracy while insisting they are carrying out the popular will. This can lead to overreach and significant backlash. Yet, while the Egyptian coup and the subsequent crackdown were a devastating blow for the Islamist "project," obituaries of political Islam are premature. As long as the battle over the role of religion in public life continues, Islamist parties in countries as diverse as Egypt, Tunisia, and Jordan will remain an important force whether in ranks of opposition or halls of power. But what are
the key factors driving their evolution? A timely and provocative reassessment, Hamid's account serves as an essential compass for those trying to understand where the region's varied Islamist groups have come from and where they might be headed."--Dust jacket.
Extent: ix, 269 pages ; 24 cm

Recommend title
Description:
Shadi Hamid draws from years of research to offer an in-depth look at the past, present, and future of Islamist political parties across the Arab world.
1. Islamists in transition -- 2. Can repression force Islamist moderation? -- 3. The promise of politics -- 4. The turn to repression -- 5. Learning to lose -- 6. Chronicle of a coup foretold -- 7. Illiberal Democrats -- 8. A Tunisian exception? -- 9. The past and future of political Islam.

Upheavals in the Middle East : the theory and practice of a revolution
Author: Cohen, Ronen
1012243

A theory of fundamentalism : an inquiry into the origin and development of the movement
Author: Pelletiere, Stephen C
1115020 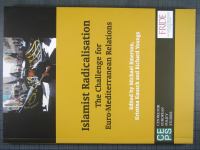 Religious radicalism after the Arab uprisings
989662 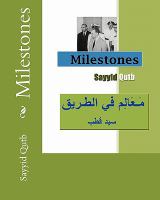 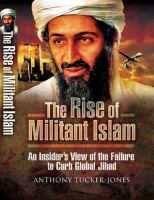 The rise of militant Islam : an insider's view of the failure to curb global jihad
Author: Tucker-Jones, Anthony
1145448

Inside Hamas : the untold story of the militant Islamic movement
Author: Chehab, Zaki
1031637

Between memory and desire : the Middle East in a troubled age
Author: Humphreys, R. Stephen
Sign in
Forgot your PIN code?