Skip to Content
Sign In
Advanced search
5246
Go to first page   Go to previous page   12 13 14 15 16 Go to next page   Go to last page
Back to list
983606
Book Irregular army : how the US military recruited Neo-Nazis, gang members and criminals to fight the war on terror / Matt Kennard.

Author: Kennard, Matt
Publication year: 2012.
Language: English
Call Number UB333 .K46 2012
Media class: Book
Publisher: London ;New York : Verso
ISBN: 9781844678808 1844678806
Notes:
"Since the launch of the Afghanistan and Iraq wars the US military has struggled to recruit troops. Kennard believes that the military has opened its doors to neo-Nazis, white supremacists, gang members, criminals of all stripes, the overweight, and the mentally ill. He provides interviews with extremist veterans and leaders of far-right hate groups who spoke openly of their eagerness to have their followers acquire military training for a coming domestic race war. This book is a stark warning about potential dangers facing Americans from their own soldiers."--Dust jacket.
Extent: xii, 260 p., [16] p. of plates : ill. ; 24 cm.

Recommend title
Description:
A report commissioned by the Department of Defense itself put it, "Effectively, the military has a "don't ask, don't tell" policy pertaining to extremism." Irregular Army connects some of the War on Terror's worst crimes to this opening up of the US military.
The other "don't ask, don't tell" -- Sick, addicted, and forsaken -- Plump, young, dumb, and ready to serve -- Outsiders -- Epilogue : indiscriminate trust.

The measurement of cardio-respiratory endurance and the standard of evaluation for army personnel in the 40-45 age category
Author: Leach, Dennis A
1016630

The brittle soldiers hit Carlisle Barracks, take two : thoughts on injuries, fitness, and life from some members of the classes of 1998 and 1999.
1162996

Taking care of yourself : a proactive approach
1045084 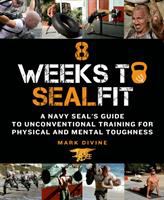 Management of the Joint Chiefs of Staff exercise program has been strengthened : but more needs to be done :
Author: United States. General Accounting Office.
943679

Physical standards and instructions for the medical examination of recruits for the Canadian Expeditionary Force and for the Active Militia of Canada, 1918
Sign in
Forgot your PIN code?