Recommend title
Description:
"On the 2012 Workplace and Gender Relations Survey on Active Duty Service Members, 23 percent of female and 4 percent of male service members indicated that they had experienced a completed or attempted sexual assault during their military service. In addition, official numbers show no decline in sexual assaults, despite the implementation of sexual assault prevention programs across the U.S. Department of Defense (DoD). Alcohol misuse is also a problem in the military: One-third of active-duty service members reported binge drinking, a rate that compares unfavorably with that of their civilian counterparts. DoD has invested considerable resources in universal sexual assault prevention programs and social media campaigns, but evaluation results are not yet available, and the effectiveness of these programs is unclear. Research on civilian populations -- particularly college students, who share some characteristics with junior enlisted personnel -- could provide insights for DoD. For example, the research indicates a connection between alcohol and aggression, including sexual aggression. Alcohol can also have a range of effects on the risk of victimization -- from a reduced awareness of risk indicators to incapacitation or unconsciousness. An extensive review of the existing research provides some guidance for how DoD can implement and evaluate efforts to reduce alcohol misuse as part of a larger strategy to reduce the incidence of sexual assault among members of the armed forces"--Publisher's web site.
Preventing sexual assault by targeting alcohol misuse -- Sexual assault in the military -- The connection between alcohol misuse and sexual assault -- Preventing sexual assault by targeting alcohol misuse -- Directions for future research and intervention development -- Conclusion.

Getting to the left of SHARP : lessons learned from West Point's efforts to combat sexual harassment and assault
Author: Caslen, Robert L Jr.,
1121014

Soul survivors : stories of wounded women warriors and the battles they fight long after they've left the war zone
Author: Holmstedt, Kirsten A
1187570

Sexual assault and sexual harassment in the U.S. military
1187174 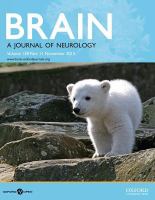 This is the Department of Defense, security in the atomic age
1044520

The great divergence : America's growing inequality crisis and what we can do about it
Author: Noah, Timothy
1193385 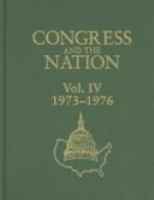 The idea of America : reflections on the birth of the United States
Author: Wood, Gordon S
1192844

The reserve components of the United States Armed Forces
Sign in
Forgot your PIN code?