Skip to Content
Sign In
Advanced search
26938
Go to first page   Go to previous page   2 3 4 5 6 Go to next page   Go to last page
Back to list
1106858
Book Handbook of the Hitler-Jugend : Bann numbers and Gebiet triangles / by Wilhelm P.B.R. Saris ; with Philippe Gillain and Jeff Hammond.

Recommend title
Description:
The author presents an in-depth development of Hitler-Jugend Gebiet triangles, shoulder straps, uniforms and their colors, and the ranking systems. Since the 1960s, Bann lists have been available in Europe and later, lists have appeared on the Internet. This handbook is based only on official sources and contains the most complete listing of Bann numbers and their locations. At a glance, one can check a number's development and its relationship to a specific triangle. Additionally, the triangles and shoulder straps for all known special forces and formations are covered, as well as their organizational development. To supplement the massive amount of information contained in this 784 page volume, over 1,000 color photographs of triangles and shoulder straps, plus documents and period portraits support the text.
Triangles and cuffbands, 1933-1945 -- Shoulder straps for the HJ and DJ -- Shoulder straps, triangles and special designations for Special Forces and formations -- Plan of organization of Bann 134, Plauen -- Gebiets- and Befehlsstellen abbreviations/Bann- and Jungbann numbers list -- Manufacturers of cloth insignia with RZM permits. 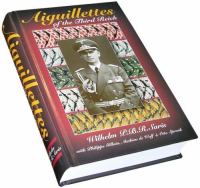 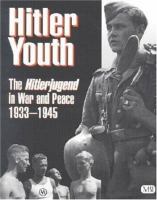 The history of the Nazi Party
Author: Orlow, Dietrich
961709 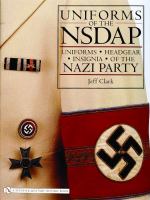